Amarone della Valpolicella is an extreme wine even when considered in its most basic form. The philosophy at the Dal Forno winery is to capture that spirit of excess by submitting the fruit to rigorous high-density planting (with 12,800 vines per hectare), drying the fruit with specially patented technology in a high-tech ventilated loft, applying vacuum conditions to winemaking after fermentation to avoid oxygen (using five times the weight of stainless steel compared to a regular winery) and then aging the wines in an ambitious regime of 100% new oak.

Here is a passage I penned six years ago following an earlier tasting session with proprietor Romano Dal Forno: “Dal Forno’s wines throw so much at you at once, in machine-gun rapid-fire succession, you need extra time to recover from the whiplash, gather your thoughts and assess them correctly. They are nearly impossible to taste blind because the enormity of the sensorial characteristics, the stratospheric intensity and the utterly impenetrable appearance are dead giveaways. These wines shout their true identities at ear-piercing decibels. Tasted too young, they are not even likeable. The exaggerated extraction and astringency make them unapproachable for years. Amazingly, beyond the cacophony is melody. Once I ‘got’ these wines, I started to consider them like unique works of art. A painting could hold violent splashes of color but still bring peace to the viewer. A fashion design could be outrageously modeled on the runway but still bring comfort to the wearer.”
With those words still in mind, I embarked on this retrospective spanning back to the 1990 vintage to assess the Dal Forno aging trajectory. The results were nothing short of stunning, especially in terms of the consistently high quality, spanning good vintages and difficult ones alike. Dal Forno’s greatest wines transcend vintage to bring us an exceptional portrait of one of the world’s most ambitious wines.
Romano Dal Forno was born in the village of Illasi in the province of Verona and grew up knowing he did not want to make wine. His father and grandfather dutifully farmed grapevines and sold their fruit to the local cooperative at unsustainably low prices. He saw them suffer, and for this reason the young Romano committed to becoming a bus driver.
A failed driving test derailed him from this less labor-intensive career. The young man would also inherit seven hectares of vines from his beloved grandfather. Knowing that he would not guarantee a viable financial future for himself and his family by selling fruit to the co-op, Romano looked just over the hills to the nearby village of Negrar where Giuseppe Quintarelli had already established his reputation as a boutique, artisanal winemaker who bottled his own fruit.
Romano Dal Forno was inspired by Quintarelli and decided that he would forge a similar path for himself. He applied obsessive, surgical precision to his farming and winemaking choices, disengaging himself from his family’s legacy as fruit growers to become an estate wine producer instead. To achieve the highest quality standards, Romano and his wife, Loretta, did everything by hand, including corking and bottling their wines on the kitchen table, even when production had reached many thousands of bottles in 1995, when the Dal Forno brand had reached the same celebrity status as its teacher, Quintarelli.
By the year 1996, Romano Dal Forno had designed much of the new technologies that would distinguish his unique approach. By 2008, he was working out of his new high-tech winery that remains a landmark for Valpolicella winemaking innovation to this day.
After the air-drying process, or appassimento, which lasts about 90 days, the grapes are pressed in mid-December and fermented in stainless steel tanks at controlled temperatures. Romano Dal Forno designed his own tanks for automated hydraulic piston punch-downs lasting 15 days. Following fermentation, when CO2 production has ceased, winemaking is continued in anaerobic conditions. Abundant nitrogen is added (in conjunction with putting a vacuum at the top of the tank) in order to eliminate any possibility of further oxygen contact. They winery has its own generator to make nitrogen. The tanks at the Dal Forno winery are built with five times the stainless steel of a tank found at a normal winery because of the extreme pressure generated by the vacuum.
The wine is decanted and racked into barrique, with some remaining residual sugar. It continues a slow fermentation that lasts 18 months, and the total aging time in 100% new oak is 24 months. The wine is bottled and left to age for an additional 36 months.
Dal Forno’s wines are built to last. The 2013 vintage of the Amarone della Valpolicella Monte Lodoletta is on the market now, and the wine was not produced in 2014. Michele Dal Forno, one of Romano’s three sons, tells me his family is considering releasing their Amarone ten years after the harvest in order to give the wine even more time to evolve. Indeed, many of the bottles tasted in this retrospective were opened the evening before my visit to the winery. The drinking windows for the newer vintages tasted in this report extend 30 to 50 years.
A new 26-hectare vineyard located in the hills, at 300 meters above sea level, was purchased a few years ago. The vines are 50 years old and are planted on limestone clay soils. I’m told that the fruit from this new site will be added to Monte Lodoletta to expand that program (as opposed to becoming a new single-vineyard wine).
Monica Larner, September 19, 2019 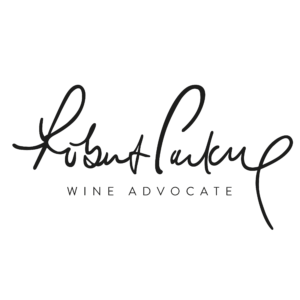 The Wine Advocate: A Dal Forno Romano Retrospective
Are you sure you want to clear all?
Step 1