“Tokaji is the legendary Hungarian sweet wine that nearly passed into myth. It was once so highly prized that the Czar of Russia kept a detachment of soldiers in Hungary purely to bring the latest vintage safely back to St Petersburg. Its story is one intertwined with political history, the forces of chance, adventure, passion, and discoveries in dusty bookshops.

“The secret to the wine’s sweet flavour lies in noble rot. Tokaji should be made from grapes affected by this fungus (Botrytis), which dries the grapes and concentrates the sugar. The grapes are crushed into a super-sweet paste, which is added to a base wine and is then re-fermented, using a time-consuming 16th-century method. The rarest form of Tokaji – Essencia – was made from the syrup that drips off the grapes before they are pressed. Rumour had it that the wine boasted miraculous restorative qualities.

“By the time the British wine writer Hugh Johnson visited in the 1970s, the wines had become in his words ‘dilute, merely sweet without character’. The 20th century was a disaster for Tokaji. It lost its best customers after World War I, with the disappearance of the Romanovs and the Habsburgs, and after World War II, all production was collectivised.

“Istvan Szepsy was the manager of the Borkombinat, the state wine monopoly, and it was his job to make as much wine as possible for the undiscerning Soviet market. The resulting wines were oxidised, pasteurised, sweetened with sugar and sold as an imitation Tokaji. The knowledge of how to make the real thing almost died out. Fortunately, Szepsy secretly tended a small plot of his own vines and carried on using the age-old methods to create minute quantities of the intensely sweet wine.

“On his visits to communist Hungary, Hugh Johnson had been fortunate enough to try some 19th-century Tokaji, which he described as like ‘celestial butterscotch’. So, in 1989, when Hungary was opening up, he started the Royal Tokaji Company along with Danish winemaker Peter Vinding. And who did they turn to manage the operation? Istvan Szepsy, of course.

“Some vital information had been lost, though. At one time, the Tokaj region had been as thoroughly mapped as Bordeaux or Burgundy, but following the upheavals of the 20th century, no one knew exactly where the best vineyards were. The final piece of the jigsaw came in a moment of startling serendipity: while browsing in a second-hand bookshop in Budapest, Vinding found an old book written in Latin, charting the great vineyards of Tokaji. It was a moment that could not have been better timed had Bacchus himself orchestrated it.

“This year, Royal Tokaji will release the 2008 of their Essencia. Only made in exceptional vintages, the syrup from the grapes is left to ferment for years, but because of its intense sweetness, the wine never gains more than about 3 per cent alcohol. … With such exciting launches, Tokaji is firmly back on the fine wine map – and once again, aficionados with the decadent taste of czars are willing to pay for the very best.” 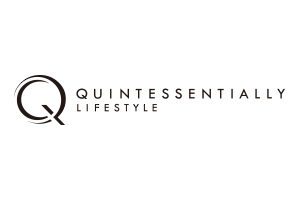 A True Rarity
Are you sure you want to clear all?
Step 1