“I’d start my meal with a cocktail, the appropriately named Last Wish. It’s an equal mix of Sipsmith gin and Royal Tokaji Essencia wine, with an orange twist. It’s said that popes sip this wine on their deathbed from a silver spoon.

“I tend to get obsessed with certain dishes, cooking and eating them until the recipe is just right. One of these, which has really stuck with me, is a lamb chop dish. A mixture of mint, garlic and pine nuts is gently toasted, then stuffed into the meat through the layer of flavoursome fat.

“My wife and I first tried the dish while we were living in Vancouver, one of my favourite cities. We were writing a guide book to the city. After our first three-week research trip, we sold up in New York, drove across the country and stayed for three years. It was created by a chef called Rodney Butters. We ended up going back to the restaurant several times in the next six months to work out the exact balance.

“This dish comes and goes on the household menu. Sometimes we have it once a week for three months, then we have a break, and subsequently fall utterly in love with it again.

“I’d cook it myself, on a small Weber barbecue, over cherrywood; there’s such a wonderful sweet smoke. I used to cook like this all the time in New York, on the roof terrace, until we had a few formal warnings. But once the people in the building tried the lamb, they didn’t mind so much.

“To accompany the meat? A bottle of 1991 Chateau Margaux, Mark Hix’s steamed asparagus and lemon mayonnaise, and foie gras-stuffed morels, which I’d pick from the woods behind my childhood home in Ithaca, upstate New York. We used to live next door to a professor from Cornell, who’d help me identify the mushrooms I picked.

“I’d share it with my wife, Anistatia. The day after we met, I proposed, and we married within three weeks. That was more than 20 years ago now, and we’ve worked together all that time, too. We’d eat it atop Corcovado Mountain, Rio – I think it’d be a good time to attempt hang-gliding.

“I’d choose to listen to music at the end, eating Anistatia’s biscotti.”

1. Lightly brown the pine nuts and garlic in a heavy-based frying pan with a little olive oil. Stir in a touch of salt and pepper and the mint leaves. They will frizzle and sputter a bit at first, and will stop the garlic and pine nuts browning further. Remove from heat when the mint is wilted.

2. Cut a pocket into each chop through the fat layer opposite the bone. Expand the pocket slightly with spoon or finger. Then spoon enough mint pesto into each chop to fill it. Grill or fry until done to your liking. 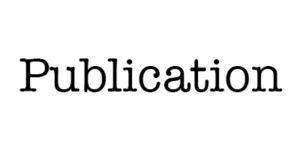 For the chop: Jared Brown’s last meal
Are you sure you want to clear all?
Step 1