Wine and spirits suppliers hopeful as US restaurants reopen

Despite late invoices, importers and distributors plan to partner in getting the critical, but severely wounded, wine market back on its feet. 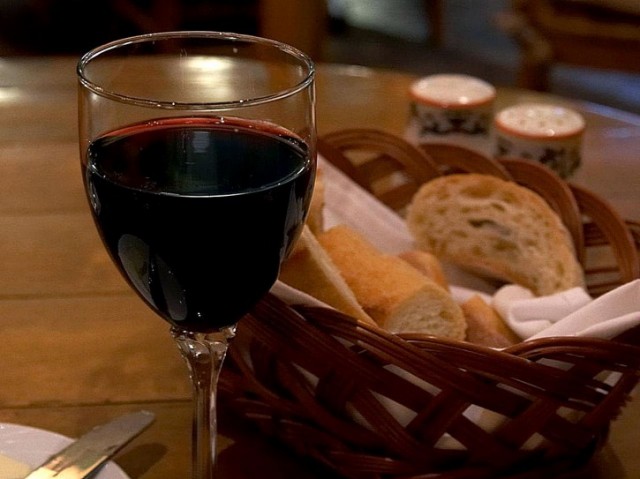 In the best of times, restaurants run on very thin financial margins requiring a large percentage of their tables be filled every day their doors are open. So when the coronavirus pandemic caused American governors and mayors in early March to shut down restaurant dining rooms as a public health precaution, many owners declared it was doubtful they would ever open again.

That prophecy has resonated with the country’s smaller importers and distributors, whose restaurant or on-premise sales may represent 75% or more of their business. Now, more than a month later, as restaurants in some states are cautiously reopening, no one is paying closer attention to what happens next than the people who sell restaurants wine.

“Georgia and some other states have already reopened restaurants, and they will show us what happens next,” says Paolo Battegazzore, CEO of Folio Fine Wine Partners, running down a checklist of estimated openings in significant numbers for major markets – “In New York, July 1; Miami, early opening by mid-May, with larger capacity by July 1. Chicago, likely July, and Southern California, early July.”

Jordan Sager, co-president of Winesellers, largely agrees. “In larger markets like New York, Chicago, LA and San Francisco, I do not expect major opening activity to occur until July, and even then it will be under strict capacity guidelines,” he says. “We are hearing that the major chain restaurants are going to open as soon as legally allowed in each state and/or local municipality. The smaller and independent restaurants may take a slower approach to wait and see how the landscape develops.”

“Many fine dining restaurants have been selling portions of their cellars through various channels, such as selling wine via food delivery services, direct-to-consumer sales and, in some cases, through auctions,” says Shannon Coursey, senior vice president and national sales manager at Wilson Daniels.

“There is an urgent need [for them] to bring in revenue, and there is a lot of money tied up in the cellars of top restaurants.”

Government mandates and individual precautions by restaurant owners are dictating major operating changes than those in operation when restaurants were forced to close. Most localities are dictating use of no more than 25% of seating capacity to allow distancing between tables.

Servers will wear masks and gloves. Menus will be radically changed, perhaps even going back to the use of chalkboards.

“Service overall will change, and positions will be different,” he said. “We expect some responsibilities that were borne by sommeliers will be given to managers. There will likely be less staff and tables, so less cooks in the kitchen for the first three to six months. Fine dining will change dramatically with less steps taken in service,” he says.

He also sees major drops in wine sales for the immediate future. “Accounts are [now] focused on selling through what they have,” he says. “For those accounts looking ahead, some may consider cutting wine inventory by 30% to 50%. Many accounts have indicated they will reduce the wine-by-the-glass sections drastically and remove wine pairings from menu options.”

Finally, Battegazzore predicts, “On the whole, we will see restaurants that will not reopen, and others that try but won’t make it. The best that we can all hope for is that people can embrace and adapt to the changes ahead; that goes for restaurateurs, sales force and customers.”

Distributors also will have to walk a fine line between trying to collect what they are owed while being patient with restaurants on life support. “Many restaurants did not pay distributors for orders received in late February and early March, and it’s estimated that millions of dollars are owed still,” Sager says. “With some closures being permanent, those invoices will remain unpaid.”

In most cases, wine sellers will try to work things out. “Technically, all the restaurants that did not pay past due liquors and wine bills are on COD – collect on delivery – but nobody is pushing this issue,” says Gianfranco Sorrentino, president of the New York restaurant group, Gruppo Italiano, referring to the fact that many states have mandated payment requirements to protect wine distributors.

“I had a few companies that contacted me with great grace, due to the time in which we are living, offering their assistance and support.”

Kristen Reitzell, vice president of public relations for Jackson Family Wines, says that while there are so many things to consider, ultimately JFW is  “intrinsically tied to the restaurant industry.”

“Our success is based on their success, and we have to maintain a united front.”

Wine and spirits suppliers hopeful as US restaurants reopen
Are you sure you want to clear all?
Step 1