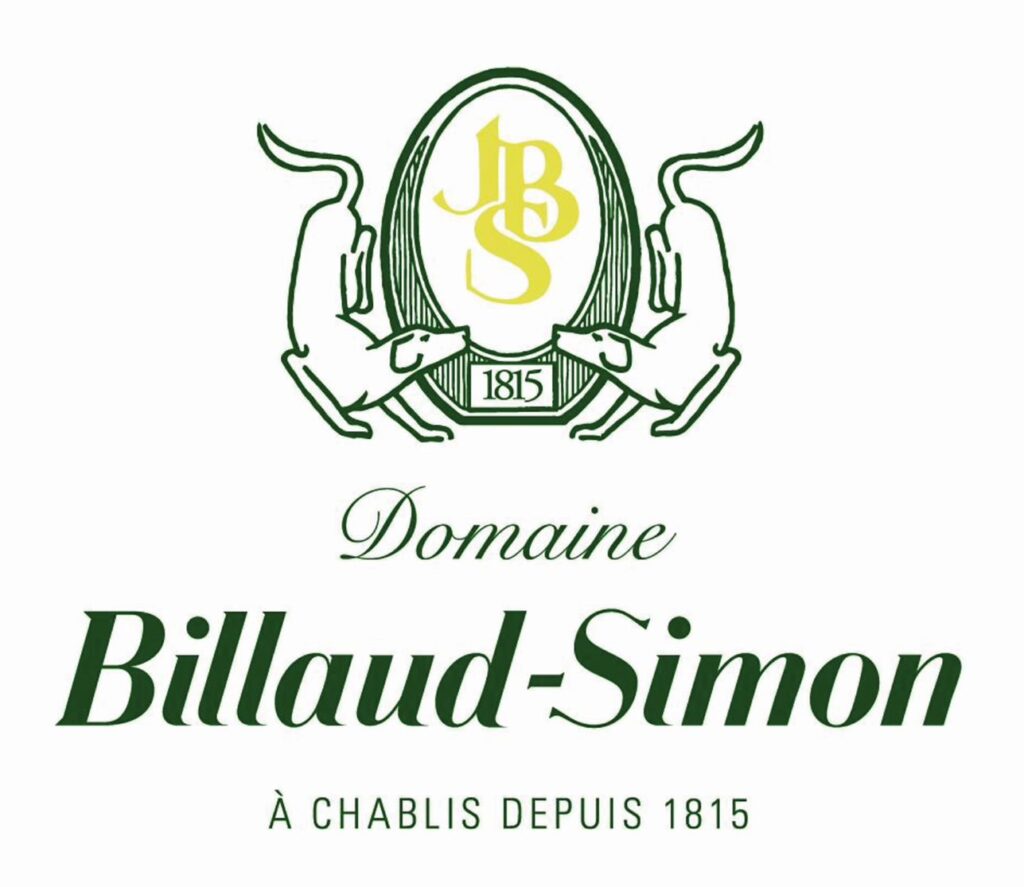 Founded over two hundred years ago by Charles Louis Noël Billaud, the Domaine Billaud-Simon is a leading wine producer in Chablis and has always been an anchor in the region. They were amongst the first to export their wines to the US market in the early 1950s.

Billaud-Simon seeks to produce a crisp, mineral style of Chablis with finesse, purity, and elegance. These wines are delicious when young, yet offer great ageing potential – the benchmark high acidity is complimented by richness of fruit, particularly in the Grand Crus which will typically improve in bottle for at least a decade.

The Chablis wines of Domaine Billaud-Simon present sophistication, balance and pure Chardonnay fruit, which prove to be superb examples of modern style Chablis.

Domaine Billaud-Simon was founded by Charles Louis Noël Billaud in 1815 at the end of the Napoleonic Wars when he returned to his home in Chablis. He decided to plant the first vines shortly after his return with the help of his family’s holdings. The Domaine acquired more vineyards in the 1930’s with the marriage of his descendant Jean Billaud to Renée Simon. Jean managed the Domaine alongside his Father in Law Jules Simon. Eventually Jean Billaud’s son, Bernard, took over the Family estate and ran it until its acquisition by the famous Burgundian Faiveley family in 2014.

Today Domaine Billaud Simon is managed independently from Domaine Faiveley with its own winemaking facilities, and team. They strive to continually improve quality, while preserving the same style of wines.

The winery now owns 17 hectares (42 acres) spread across the best part of the appellation on Chablis’ unique Kimmeridgian soil. This is a famously ancient soil comprised of a distinctive mix of limestone, clay and fossilized oyster shells. The vineyards are located on both sides of the Serein River.

With four Grands Crus – Les Clos, Vaudésir, Les Preuses and Les Blanchots – as well as four Premiers Crus – Montée de Tonnerre, Fourchaume, Mont de Milieu and Les Vaillons. In addition to producing its cru wines, the Domaine owns a few plots of Village level vines, which are selected each year to produce their Chablis “Tête d’Or”. This wine is the ideal first step into the Billaud-Simon world, a pure representation of the terroir, expressed through the lens of the chardonnay and reflecting each year the specificity of the vintage. The Domaine has long been known for its focused, mineral-driven wines thanks to meticulous viticulture in the best sites along with the latest winemaking technology.

The estate is one of the last in the region to harvest, a practice retained by its current owners – Faiveley, Family who bought the business in 2014. The Faiveley family has since invested in the vineyards and winery, and operates Domaine Billaud Simon independently from Domaine Faiveley.

The vines are now 50 years of age on average with plots over 80 years old, like in the Montée de Tonnerre vineyards. With the region and vintage being a challenge in previous years, the winery was cautious before starting the organic certification process. The 2022 vintage is the first year organic and will reach full certification with the 2025 vintage which we’ll see in a few years in the US.

Chablis is the northernmost wine growing region in Burgundy. It’s actually closer to Champagne than much of the rest of Burgundy, because it is separated by the Morvan hills.  Chablis produces dry white wines made from Chardonnay, and is situated on ancient Jurassic soils that give its wines minerally and flinty accents.

The soil in combination with the cooler climate gives Chablis its distinctive flavor profile as well as a lovely pale gold-green color.

As with the rest of Burgundy, Chablis is classified by a strict hierarchy.